ONE EUROPAVIERTEL,
New high-rise with office – FRANKFURT AM MAIN

The project
Project ONE is a newbuild project in Frankfurt am Main’s Europaviertel. The new office and hotel tower’s striking architecture leads the way in the western high-rise area around Platz der Einheit. The tower is 190 metres high, has 49 floors and a GFA of around 86,000 m² and can be used as offices and a hotel. The design aim is to strictly separate all of the functional processes of the two potential uses. Hotel usage is envisaged on the lower ten floors of the tower, office usage on the floors above.

Access is via a shared lobby with separate, prestigious entrances and separate lifts on the ground floor.

The tower is designed as a polygonal slice with a striking head formed along the main axis. An auxiliary structure containing underground parking will be added to the tower as an elaboration of the urban area. Together they form two trapezoidal city squares that funnel out into the city. Further information at: http//www.one-frankfurt.de/

Town or city
Frankfurt am Main

For further details of the project visit: www.one-frankfurt.de 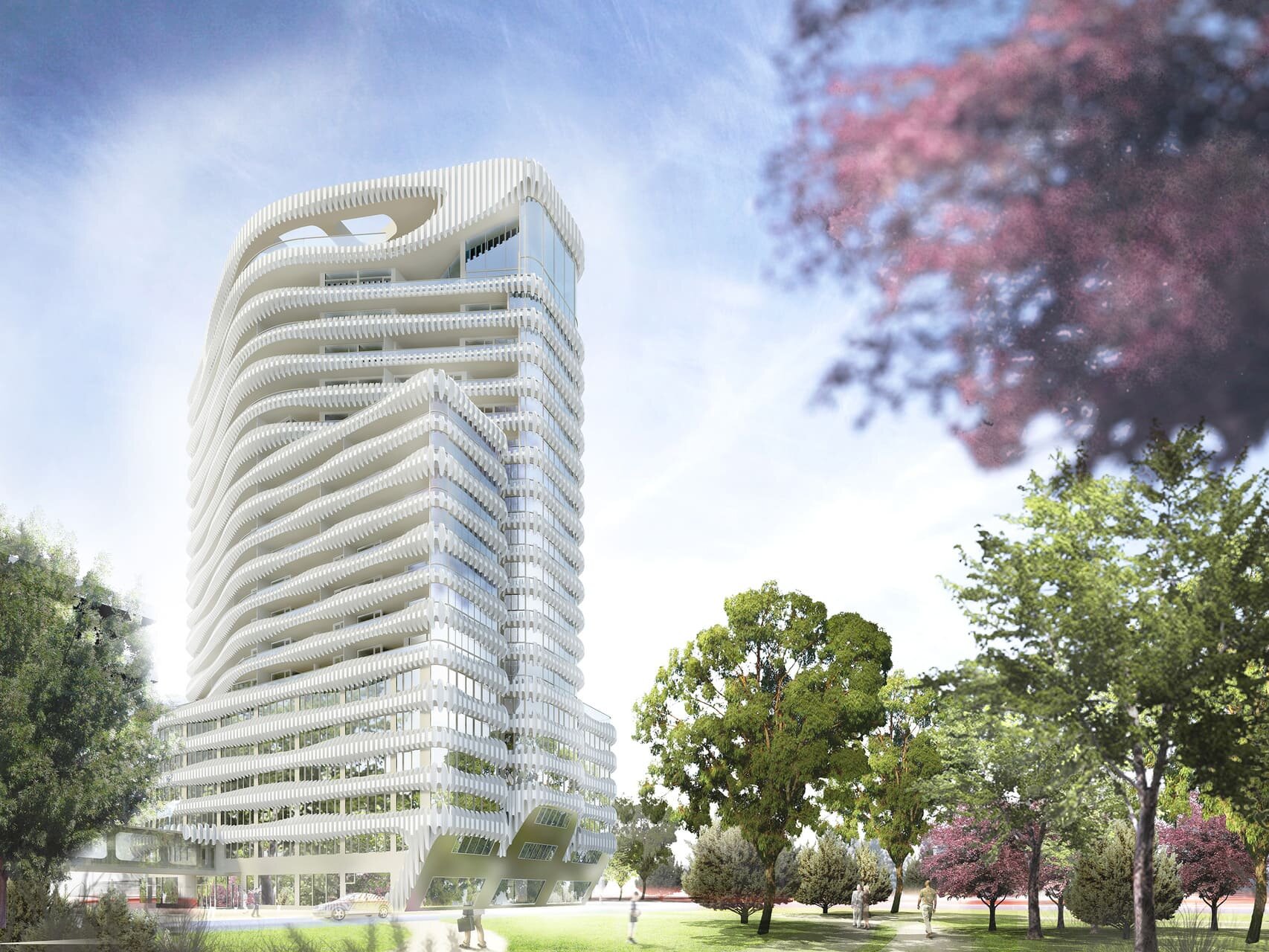 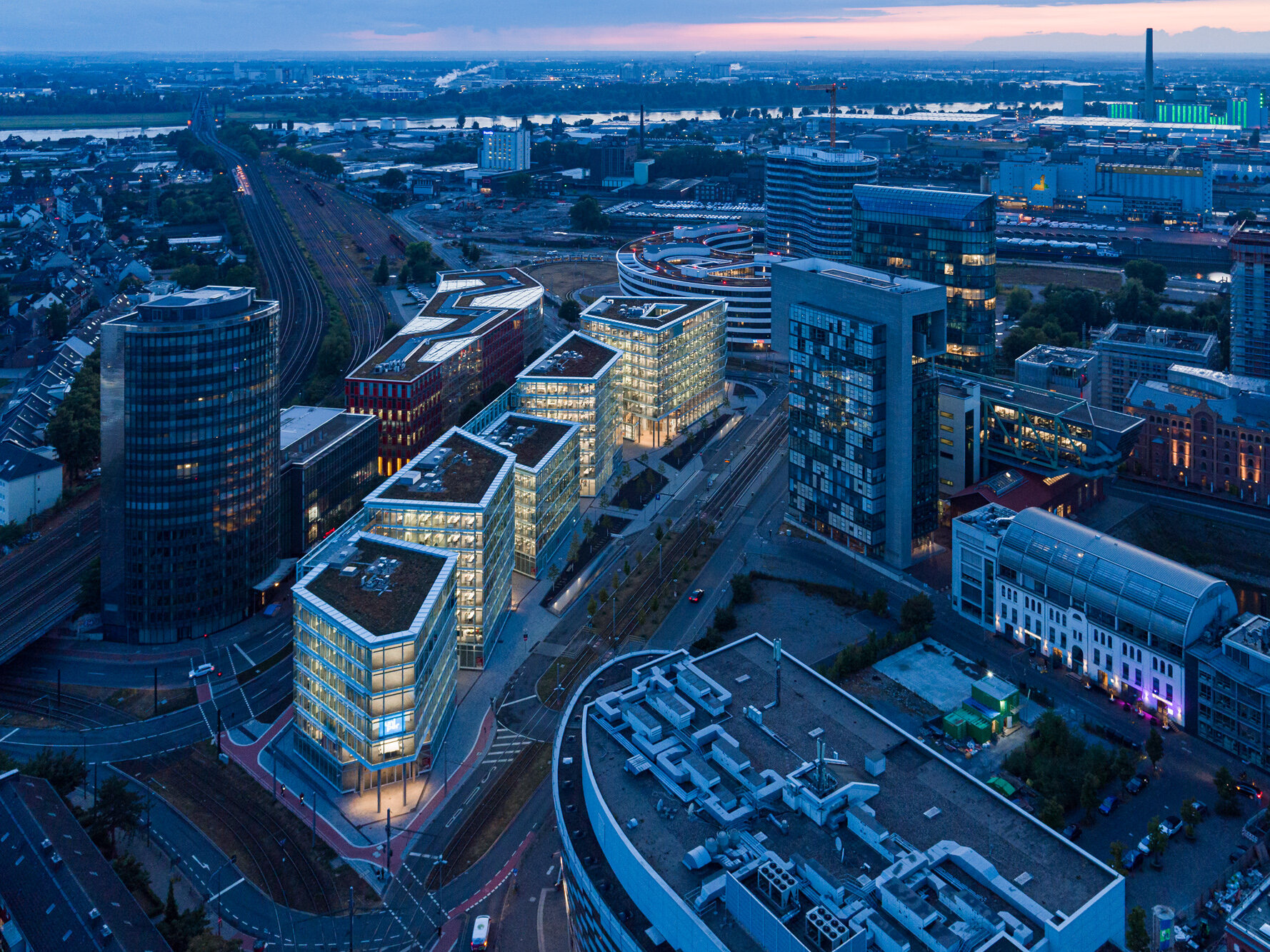 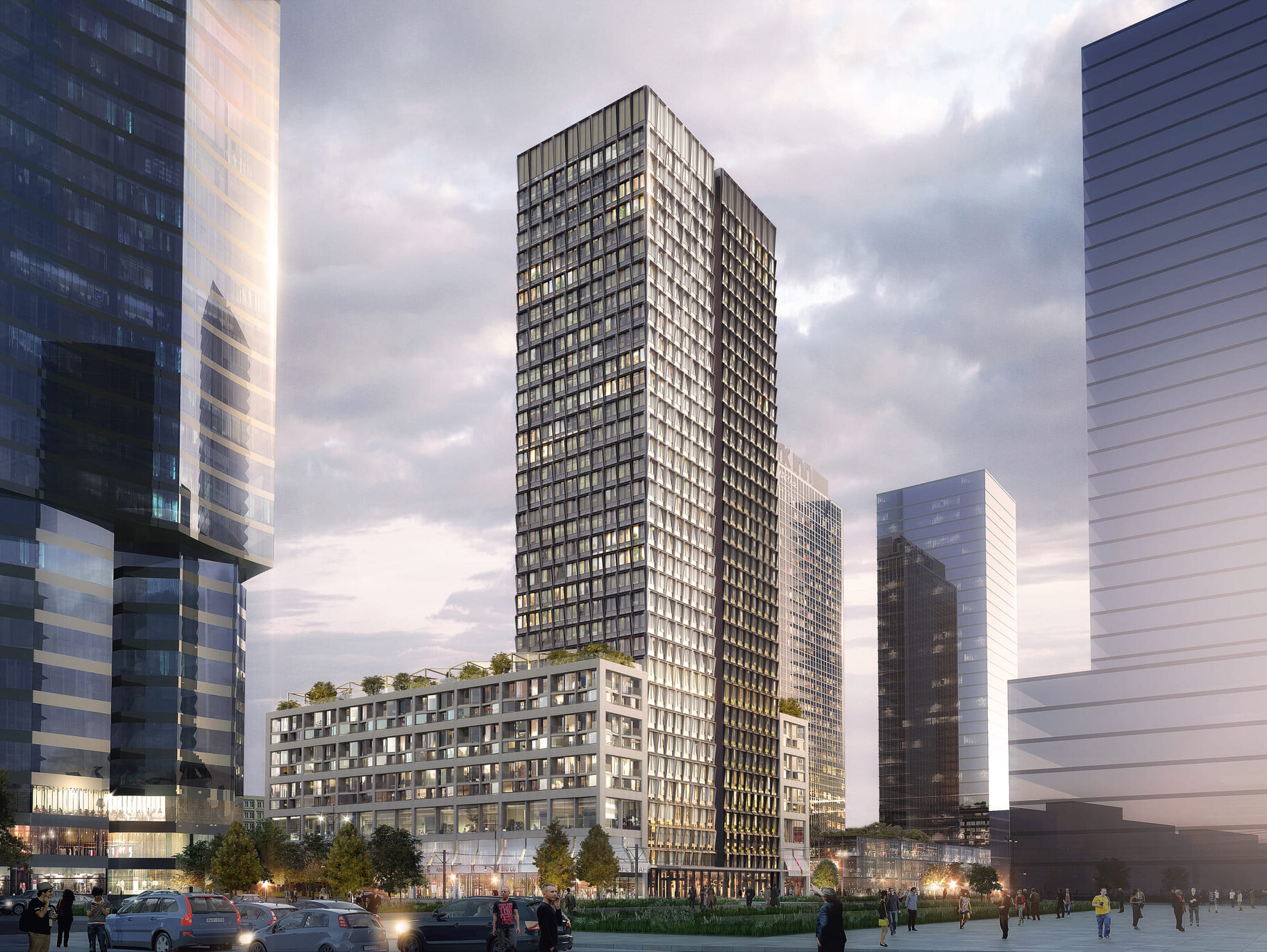 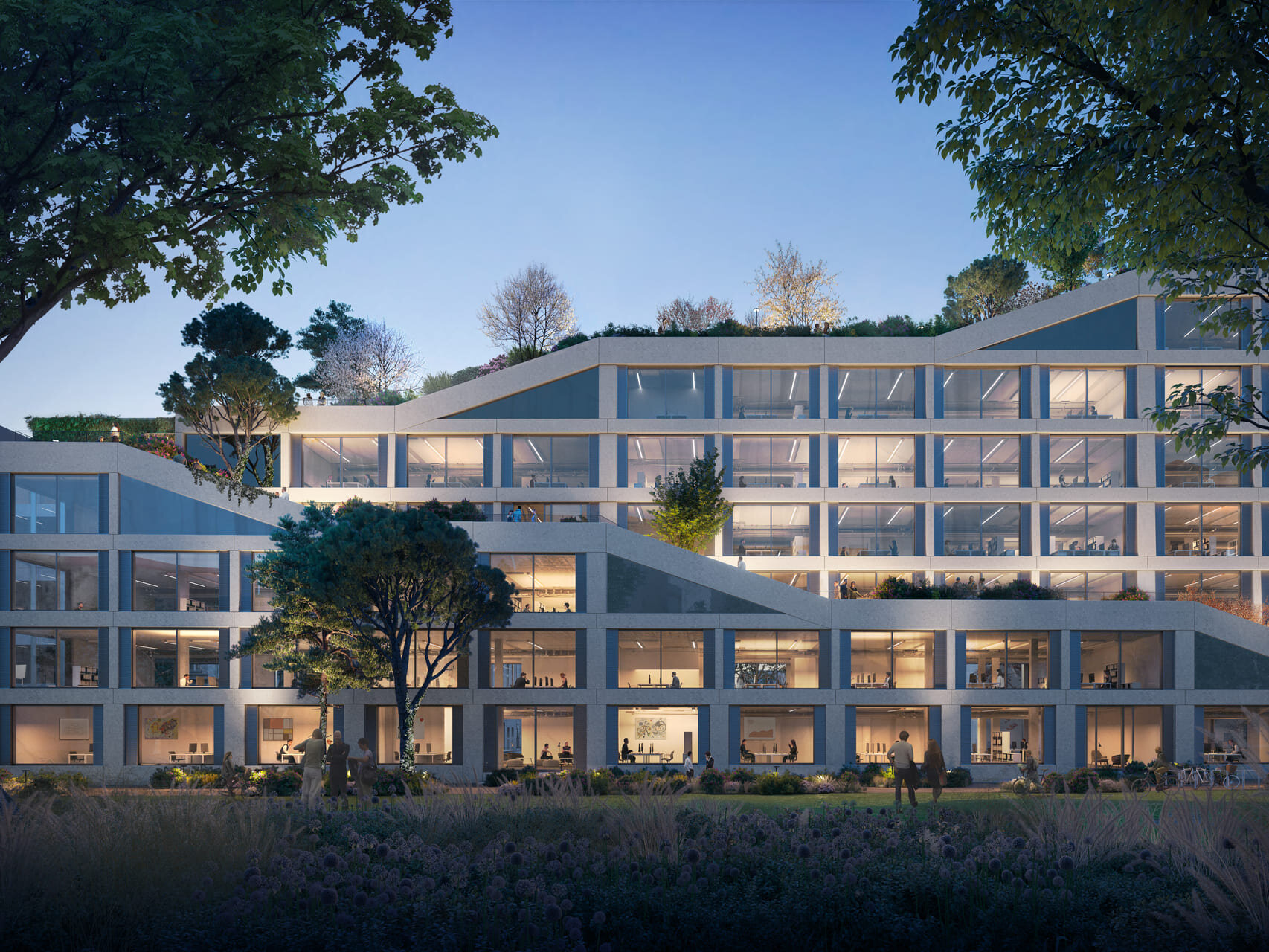